Tyler J. Bateman
Photo: I was out with a group of 7–9 year olds at an urban park in Toronto, in 2019, photographing a mute swan, an invasive species for Toronto. They had brought, or in some cases were lent, cameras, and they were taking pictures of what they found interesting or exciting on our walk. (Photo copyright Tyler J. Bateman).

The social relations that enable us to care for nature/land

I am currently a PhD candidate in the Department of Sociology at the University of Toronto. I received a 4-year Social Sciences and Humanities Research Council of Canada (SSHRC) Doctoral Fellowship and a SSHRC Canada Graduate Scholarship - Master's as funding for my research.

The overall aim of my scholarly work is to contribute to our understanding of how environmental problems arise and how solutions to those problems come about.

In particular, I am interested in how people come to care about and have a connection with nature/land and what social structures enable those connections.

Sometimes close connections with nature/land lead to concern for environmental issues (like climate change), and one of my interests is to understand that shift. Fun and exciting experiences in nature often seem like a positive source for mental health and care for nature/land.

I am also increasingly interested in what I have started to think about as "just-sustainable happiness". The idea is based on Julian Agyeman's concept of "just sustainability"—the idea that we can design social structures that at once produce both social justice and environmental-friendliness. There is much to think about in terms of how social justice (in its many forms) can come about in conjunction with environmental-friendliness, and figuring about how to design social structures in a way that facilitates that is a crucial task for social science (and other branches of knowledge). But I am most intrigued by how just sustainability can be the basis for happiness. I'm using happiness here in a broad sense, as whatever people define as mental health, well-being, an enjoyable life, contentment, "the good life", or any other term you'd like to use in place of those. How do we design enjoyable, good lives, that are also socially-just and environmentally-friendly? This is the general driving question of my work, even if individual projects and publications I usually cannot include that entire picture (it's a lot!). To turn that into an explanatory set of questions, I think about: Why does just-sustainable happiness exist, in the places that it does? And, Why does just-sustainable happiness fail to take hold, where we find a lack of it? I hope that we can all figure out how to live enjoyable lives that are also socially just and environmentally-friendly. I focus on happiness because sometimes it seems the happiness part is missing when we get caught up in solving social problems, yet is what people are usually trying to find or maintain.

The concepts of nature, land, and environment have been defined in many ways. Indigenous scholars have argued that “land” is the most appropriate term of the three, particularly when writing about North America, or Turtle Island, since it more readily calls to mind the struggles over land that have taken place (Tuck, McKenzie, and McCoy 2014). In this definition, land is meant to refer to all creatures and beings on the land—animals, plants, fungi, micro-organisms, rivers, lakes, rocks, the air, and also the unseen beings that are part of Indigenous cosmologies (along with other beings on the land) (Simpson 2017; TallBear 2017; Tuck et al. 2014). As a European-descended settler often communicating with other settlers more familiar with "nature" as a term, I'm going to use both terms here, but want to explain why I'm using both. But I agree about the merits of using "land".

TallBear, Kim. 2017. “Beyond the Life/Not-Life Binary: A Feminist-Indigenous Reading of Cryopreservation, Interspecies Thinking, and the New Materialisms.” Pp. 179–202 in Cryopolitics: Frozen Life in a Melting World, edited by J. Radin and E. Kowal. Cambridge, MA: The MIT Press. 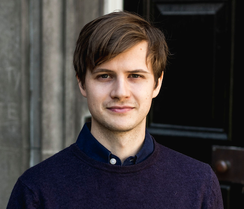 I was born in Edmonton, Alberta (Treaty 6 Territory), and spent a lot of time at Lac St. Anne (on the traditional territory of the Alexis Nakota Sioux First Nation) and the Edmonton Public Library (thanks to my mom for many trips to the latter!). I also grew up on the border of Whitemud Creek Ravine in Edmonton, and learned a great deal from that urban forest. Many friends, family members, and teachers provided lessons in my childhood and teenage years—about belonging, peace, respect, kindness, biology, history, and many others. When I was 18 I entered the University of Alberta with my best friend at the time, Isaak Kornelsen (who died in an bicycling accident, and from whom I learned a great deal and whose wise and insightful thoughts and actions remain a part of me today). During my undergrad degree, I met many inspiring people and became a Research Assistant under Scott Nielsen who runs the Applied Conservation Ecology Lab at the University of Alberta Department of Renewable Resources. With Scott and other professors and students, my knowledge of the natural history and ecology of Alberta expanded greatly. I eventually shifted from ecology into environmental sociology after becoming interested in how people became dedicated to solving environmental problems. I also wondered about the other human and societal aspects of the environmental issues, and wondered how the history and organization of societies was related to environmental issues. I then met Emily Huddart Kennedy, an inspiring environmental sociologist, who initiated me into the world of sociology. I am now based in Toronto, on unceded territory that is traditionally the home of several Indigenous groups, including nations of the Wendat Confederacy, Anishinaabe Confederacy, and Haudenosaunee Confederacy. I have been fortunate to meet Indigenous teachers from several of those groups, who have taught me important lessons about being a good relative. At the University of Toronto, I work with Josée Johnston, Ellen Berrey, John Hannigan and Zaheer Baber.